Politics, to me, look a lot like an intimate relationship–maybe it’s just the lens through which I see… (so many things!)

It does stand to reason, though, that opposites “attract,” in a sense; that really, we can’t have one without the other—(that tends to be when revolutions occur)—yet the intrinsic balance of different perspectives creates a stronger foundation for relationships or, in this sense, for a nation—for the collective. Opposing strengths and perspectives, when they can depend on and challenge one another—sometimes even when they need to battle things out—ultimately lend to a more powerful system. 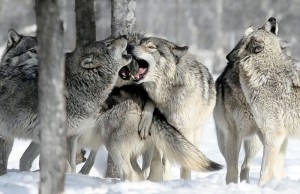 This concept is part of our nature, but we’ve become disconnected to its inherent value. It even shows up in the animal kingdom. Herds and packs of animals work collectively for their survival, yet they each have unique roles, due to their innate strengths and qualities, and exhibit those strengths with the intention of surviving and thriving together. They certainly battle it out at times, yet there seems to evolve a natural respect among members. They are stronger BECAUSE they are different.

I often wish I could do relationship therapy among political parties.

You see, there’s a fascinating and consistent theme when couples come into therapy. The belief goes something like, “My partner is more of the problem in this relationship.” So the request, from both partners, often is a bit like, “Can you please let my partner know that she is the problem,” “convince him of how he needs to change, and then we’ll be good!” (Basically). But here’s the deal: Research into human nature and relationships has found—through decades of intensive exploration into this subject—that, 1) One partner’s belief that the other person is “the problem” is the quintessential “Kiss of Death” to the relationship—it’s by far the most damaging belief, and strongest indicator of relationship failure. And, 2) …it’s almost NEVER true.

Swallow that one for a few moments (relationally, politically, whichever is the most difficult!)

People who end up being really good at relationships are the people who are willing to explore the possibility that their perspective isn’t the only valid one. –That, in fact, underneath someone else’s seemingly polar opposite opinion, there’s something just as legitimate as what we want or believe. That doesn’t negate that how we see things is as important, and we need to require equal regard and respect, but the key to being influential is partly based on our ability to also accept influence—to have some flexibility in the way we interact with one another.

We’re all biased to see the world through the lens that we’ve each developed based on our unique experiences, our heritage, our culture, our family dynamics, and the personal qualities that we’ve cultivated throughout our lives. Each of us has strong feelings about what is right and wrong—how people are supposed to act, both in relationship and in the world, and we tend to naturally believe that our beliefs are both “right” and also shared by the majority. The fact is, though, that’s just not so. In fact, with most of the things that people tend to argue over, there is no universally accepted “better way.” And even when behavior is actually “universally wrong,” how we respond to it is the most important piece of whether we’re going to see more of it in the future or not. And blaming and shaming simply doesn’t bode well for creating change.

People struggle with this idea because each one of us becomes attached to how our own perspective works for us.

Now, what happens when we apply these truths to politics, to parties or affiliations? Seems to me that we’re all coming in believing “the other guy/gal/belief system/policies/way of being/etc., etc… is “the problem.” I’ve certainly had my own share of that perspective. But in reality, WE ARE ALL A PART OF THE PROBLEM. We have all contributed to the condition of our current political landscape. And the truth is, we all have legitimate concerns. At the foundation of all the negativity and anger and aggression—at the root of bad behavior—there’s always some reasonable perspective, something that we each believe passionately about how to make our nation a better place to hang out for a while.

Talking politics on social media platforms seems only to invite those who either vehemently agree or disagree, which doesn’t resolve anything and mostly serves to polarize viewpoints, subsequently people, even more than we already are. Of course, being a “relationship person,” initiating or engaging in those dialogues without some intention for understanding seems counterintuitive. So I’m both working to understand, and asking you all to do the same.

There is a similar dynamic in intimate relationships—we’re naturally attracted to those people who have a lot of opposing qualities to us. It’s part of our makeup. There’s more chemistry in relationship when we have some polarizing characteristics that draw us together. But so often—most often, in fact—we don’t know how to tolerate those differences very well and we begin to see our partners perspective as “off”—not as effective maybe, or just bad in some way. We pathologize one another. And it’s almost impossible to influence a partner when they believe you see them as “the problem.”

The same is true in politics—how are we ever going to influence one another if we continue to blame each other for problems that we have collectively created? 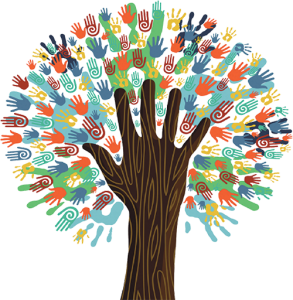 I have friends and family—people whom I highly respect and regard, people that I know are both rationally and emotionally intelligent, thoughtful, engaged, educated—who are on both (all) sides of this election. And so I cannot simply dismiss any of their emotional and/or rational stances through a reactive assumption that they are simply “wrong” and everyone who agrees with them is as well. It takes mindfulness, flexibility, and inner tolerance to stay present and become curious.

Just as when my children are arguing over something…. If I jump in and assume one person is the problem, I lose the opportunity to support them in honoring the deeper thing at stake for each of them, and I prevent them from engaging their young nervous systems in a practice that I believe is essential for healthy relationships—to be able to willingly listen, from the heart, to what is true for one another, while simultaneously standing up for what is true for themselves.

Our differences are what truly make our country great. But acknowledging differences can be uncomfortable. We so often automatically assume that one of us is right and the other wrong, rather than allowing some space to explore the benefits and risks of both ways of thinking—to tolerate two opposing perspectives with equal regard requires some “mental strength training.” Yet we desperately need to cultivate tolerance—and I mean true, authentic tolerance, not just the kind that pays lip service—we need to practice countering the internal story that says someone else is the problem, and look for what’s right about someone else’s viewpoint. Then, and only then, do we have any chance of asking, and requiring, that they also give space to what we believe. 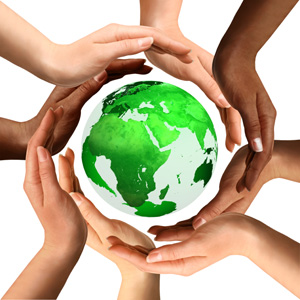 We are becoming so divided and wounded, as a country… it’s painful, it’s scary, and it’s weakening our chances of thriving on our little spinning planet. But we’re trying to find resolution by putting blame on one another, rather than attempting to understand one another. And I want to provide a reframe for how we’re seeing the current state of things, and maybe even see it as an opportunity to do something different—to engage in dialogue with respect, with curiosity, trusting that there is more to the story than what we know—always.

Sometimes it takes hitting rock bottom for intimate relationships to come out on the other side with both the capability and the heart for thriving in a new way. And when I see it, it’s one of the most inspiring things in the world—because people have to push beyond themselves, they have to dig into the depths of belief systems and stories that they’ve been telling themselves, they have to stretch into tolerating that their view isn’t the only valid one, and their responses or solutions for dealing with life aren’t the only sane, reasonable ones out there! They also need to practice the habit of standing up for themselves without making their partner wrong—of honoring their own bias, while honoring the way their partner sees things as well.

When these practices are embodied, they are able to step back, take a look at one another, and see the beauty of their partner before them—see that even in the midst of differences, flaws, and idiosyncrasies, we are each, in our own way, imperfectly perfect.

We are ultimately such a young democracy—we’re really still learning how to do this well—just as we are understanding more and more how to have healthy intimate relationships. And we’re going to screw it up along the way—a lot! But it’s how we respond to those screw-ups that set us up for success or failure as we move forward. The shame and blame game… that just gets us nowhere. And I’m not saying that we don’t have to deal with bad behavior, yet so often how we do that undermines our effectiveness in creating change.

Here’s my challenge to you all:

Next time someone shares a political belief, or really any belief, that you cannot even fathom as being reasonable, take a moment to pay attention to your internal story about what that means. Pay attention to your body—to how the automatic processes in your body take hold and put you into a “protective or defensive” mode. Notice the impulse to make that person wrong, to counter and put yourself above them. Take a breath. be with just that, for a moment. Feel how that, just that impulse, plays a role in becoming more distant or more connected, and take a moment to see if it is within your capability to explore the possibility that maybe if the two of you share in some open dialogue, you might both learn something.

I believe that if you can do this, consistently, with intention, you will notice a new strength within you. And I believe if enough of us have a similar practice, we will strengthen our nation, from the inside out—regardless of what happens in this election.

For the Love of Your Life