Good news for the women who’ve struggled with the pear-shaped body, the bounty of extra jiggle in their hind quarters…  those curves that we keep trying to hide, reshape, and train away?  There’s some very definitive benefit and reason for their existence, as well as a clear reason that men have—since the beginning of time—been instinctively attracted to “the booty.” 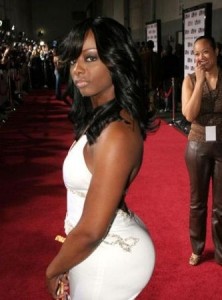 Recent studies have now linked the exact fatty tissue that resides in the butts and legs of women to the necessary DHA that infants receive in their prenatal development!   There’s more mating advantage to these “child-bearing hips,” which are a signal to men that certain women are better suited to provide the best mothering to their offspring.  There’s some innate knowledge that we’ll ultimately give them healthier, and even more intelligent, kiddos!

There’s an immediate benefit that men get from gazing at the curvaceous figures of such women, as well.  Highly stimulated reward systems in the brain are ignited, similar to the response from cocaine and heroine!  The visual, mental, and bodily stimulation and rewards that men receive are so irresistible, in fact, that it is estimated that 3+ billion dollars a year are spent on just that—gazing at women’s curvaceous bodies.

Not only do women’s curvaceous bodies signal a child-ready (meaning… that’s right, “sex-ready”) body to men, it also indicates that those particular women have a natural benefit of brain-boosting fatty acids themselves—intelligence!  (Ahh…..  yet another powerful message to women:  Men are not only attracted to our bodies but to our brains, whether they know it or not!) 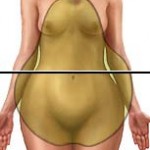 “The total amount of fat a human female carries is seven times that of other animals, and much more than men!  Only bears ready to hibernate, penguins facing a sunless winter without food, or whales swimming in arctic waters have fat percentages that approach those in normal, healthy, trim young women.”  (Excerpted from an article in Psychology Today by Will Lassek & Steve Gaulin)

Good gracious!  Now I’m told that I’ve got the fat percentage of a whale??  And on top of that little slap in the face, current society is telling me that an attractive ass is a size 2?  Natures little joke, I suppose.  I say, let’s counter it!

What scientists have uncovered is that, due to the fact that the fat in women’s hinnies is protected—it doesn’t shift much during weight fluctuations (hint:  that doesn’t mean we can’t LOSE fat in our lower bodies, it simply means that the percentage doesn’t fluctuate)—it provides the exact quality of a dense Omega-3 called DHA (docosahexaenoic acid) needed for infants’ developing brains, which grow massive amounts during the first two years of life.  And of what does the brain consist?  Primarily fat (and water), of course!

But why can’t women just eat more foods rich in DHA during pregnancy, allowing for tinier behinds when we’re not pregnant?  Research theorizes that a woman’s diet during pregnancy just can’t provide the necessary amounts of DHA that a growing infant requires and that the fat stored in women’s butts and legs first begins to break down during pregnancy, continuing through breastfeeding, and is subsequently delivered right to their wee babes’ brains.  Pretty cool, huh?

Here’s an interesting tidbit, however, that lends to the fact that American women (along with all Americans) have an increasing trend toward obesity:  Food sources for the American diet are seriously lacking in omega-3 as they’re consistently removed from our foods (uugghhh….to extend shelf life!)  In place of Omega-3’s, we’ve been substituting Omega-6 as it is cheaper and more stable. Ultimately, however, high Omega-6 inhibits our bodies ability to get enough Omega-3.  While Omega-6 isn’t actually a “bad fat,” these two should be relatively balanced in our diets and sadly, the American diet now provides about 20-25 more Omega-6 than Omega-3 (Lasseek/Gaulin).  So we’re craving and eating more and ultimately starving our brains—overeating and under-nourishing our entire bodies. 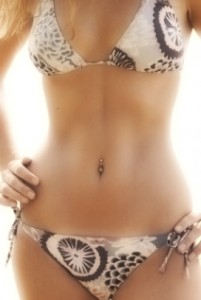 So what to do?  First, we need to begin to appreciate nature’s design of giving us bodies that are so uniquely suited to procreation, nurturing, and yes….  Booty calls!  And we could do ourselves well to begin enjoying the extra jiggle, that ability to move, walk, invite, flirt with this single, luscious, portion of our bodies—we have a language all our own and while men are undeniably drawn to that language, it is up to us to find the powerful poetry in it.

On the other side of the coin, we also need to not negate the implications of unfit bodies and the epidemic of obesity that is threatening our lives and the lives of our children.  Enjoying the extra jiggle doesn’t mean eating Big Macs every week and not physically challenging ourselves as a justifiable means for health!  It means not obsessing about every dimple, every bulge…  it means breathing into the very nature of our curves and letting our men adore them right along with us!

And just a thought for those women trying to “keep their weight down” during pregnancy—you could be doing potential damage to the developing brains of your infants…  not that you don’t have enough to worry about as you attempt to create the most thriving “home” for your developing baby.  Yet one more thing to consider.

As I was explaining some of these concepts to a friend this morning, eight-year old Nathaniel kind of eavesdropping, I looked at him and said with a grin, “You’re a lucky kid, buddy—you’re smart because your Mama’s got a booty!” 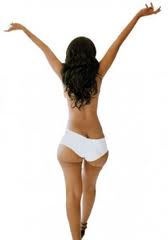 For the Love of Your Life!

“For many of us, there is no form of self-expression that makes us feel more vulnerable than dancing. It is literally full-body vulnerability.” 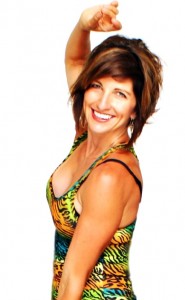 Moving our bodies, expressively through space—“taking up space”—is a bold and courageous way to be known, to be seen, and to share our inner worlds with others.

I have always felt passionately that our bodies are vehicles for sharing our lives and whether we embody fear, rage, eroticism, awkwardness, wanting, sadness, playfulness… we can be intimately known through exploring and sharing our unique movement through dance—one of the deepest needs of the human spirit.

Since my childhood, dance was a form of expression that invited my curiosity yet, because of a strict home environment, I wasn’t allowed to take structured dance classes. So I consistently sought ways in which I could explore a variety of dance forms—primarily through imagination and play—that helped me connect to my body in a way that had meaning and motion.

I grew up Greek dancing with my family and then in my young adult life, discovered traditional Greek belly dancing. I began teaching and also exploring modern, jazz, lyrical and other more traditional dance forms.

When I moved to Colorado in 1996, I was introduced to Salsa dancing and soon after, joined a Latin dance troupe. I also took a variety of adult traditional dance forms. I owned and operated a Massage Therapy practice and was a Certified Personal Trainer—both of which informed my understanding of how the mind is expressed through the body. Still, I hadn’t found the consistent outlet that integrated my love for movement with my desire to push my body—something that opened me emotionally and simultaneously kicked my ass!

In 2008, I discovered Afro-Caribe, under the instruction of Raquel Cecil and knew I’d found my dancing home! I have danced consistently with Raquel since our introduction and became certified to teach Afro-Caribe in 2011.  Since that time, I have loved being witness to the developing passion and spirit that has come alive in the Afro-Caribe community.

My “other profession” is Somatic Counseling Psychology, where I support individuals, couples, & groups in exploring their psychological worlds through their bodies and then help them find ways of resourcing their bodies, to access the depths of unexplored strength and wisdom.

Both through Afro-Caribe as well as through Psychotherapy, my goal is to help others find their unique way of TAKING UP SPACE in their lives!